Today I clicked on an tweet I was following with the URL below.

It immediately took me to this site 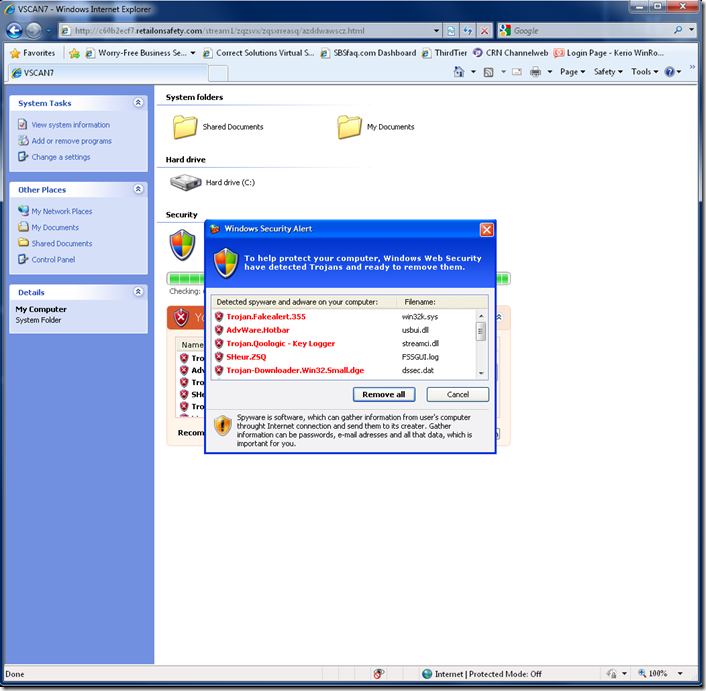 Obviously (to me anyway) a Fake AV site.  It was supposed to take me to this location http://wordpress.tweetmeme.com/story/1465642530/woopra-wordpress-plugin-145-updated

When I attempted to close the dialog box, it then tried to download this to me. 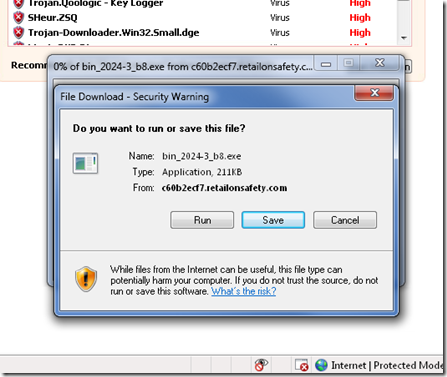 Naturally – I didn’t allow it to run.

I’ve attempted to reproduce the issue a couple of times but can not.  I therefore suspect there’s something not quite right with their site.  I can only conclude that the Tweetmeme.com site is again infected with some advertising based malware that autoredirected me to this rogue site.  Watch out people there’s bad stuff out there.