I reported a few months back now about a pretty severe bug that affected QNAP NAS devices and it caused RAID corruption if you had a failed disk in it.  In that post I mentioned also that I had heard other NAS users also hit by it and at least one user reporting Synology NAS units affected.  I’ve still not played with Synology units, so don’t speak first hand about it. It … END_OF_DOCUMENT_TOKEN_TO_BE_REPLACED

Since I posted my original blog post just over a week ago about the issues we had with QNAP devices and data corruption after a failed disk, there has been a flurry of activity over at QNAP which has resulted in some very promising outcomes for their product and the community.  Here’s a summary of what is happening. 1. QNAP have listened to our concerns and created a new … END_OF_DOCUMENT_TOKEN_TO_BE_REPLACED 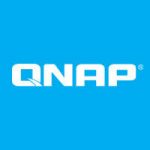 There's no other way to put this, QNAP do not believe that a bug which risks corrupting your data on your QNAP NAS is worthwhile mentioning in their release notes at all. Starting in January this year, we began investigating what I suspected was a bug in the QNAP firmware on their NAS devices.  Previously we had seen random corruption on a number of QNAP NAS devices owned by … END_OF_DOCUMENT_TOKEN_TO_BE_REPLACED