Reports are coming in that Office 365 is down – it’s down at least 30 minutes now based on some reports from the USA and testing here in Australia mimics that.  Interestingly Hotmail is also down.  I’m so glad I’m running SBS 2011 STANDARD edition today

Reports first came in to me via Harry Brelsford as he was planning to move some of his team into Office365. 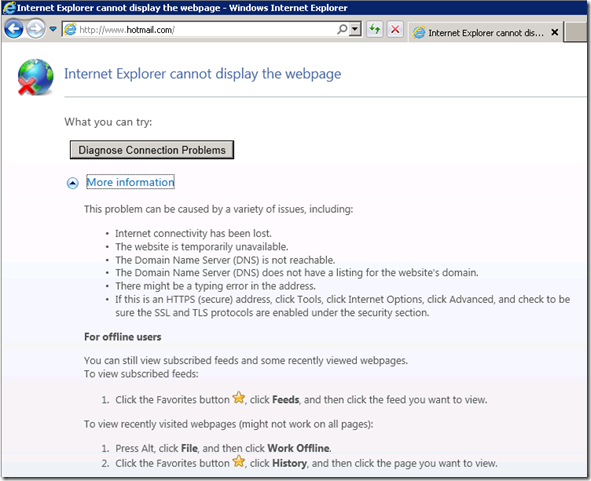 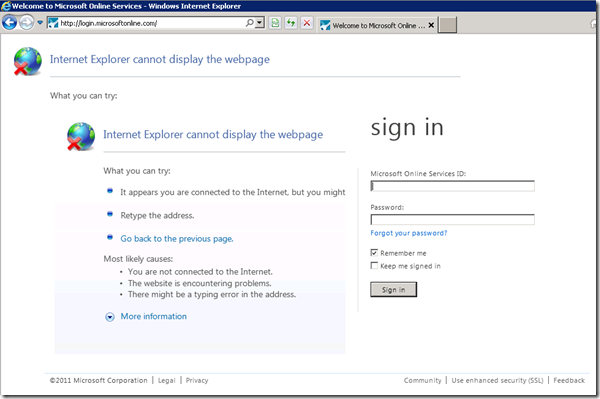 Microsoft have this to say on their twitter as at 2:04pm Sydney Time 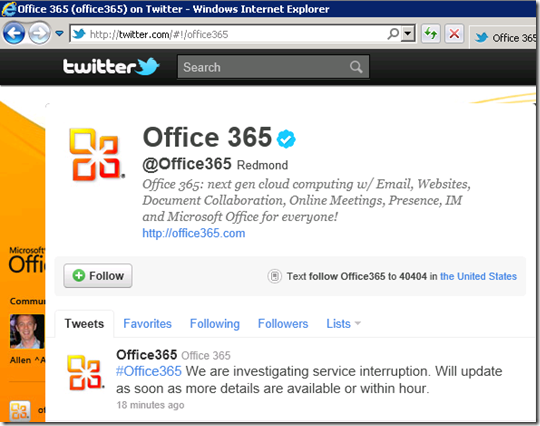