It's the last day of 2019 and everyone should be thinking about their New Years Resolutions. You know those commitments you make with the best intentions and then never keep? Except, this time, you can't ditch out on it. You simply MUST make this resolution stick and work towards it. The consequences are bad if you don't. To put it simply, you cannot keep using the same … END_OF_DOCUMENT_TOKEN_TO_BE_REPLACED

I had a request recently from a CEO of a company.  He wanted to be able to leave his computer running in his office and allow the screens to turn off WITHOUT the computer locking the screen.  That is – he was often in and out of his office, and he got tired of entering his password to unlock his computer every time he returned to it.  I did a fair bit of digging … END_OF_DOCUMENT_TOKEN_TO_BE_REPLACED

It’s coming to light over the last 24 hours in mainstream media, that there’s been a super serious security flaw discovered in pretty much all Intel CPUs that power your computers, both home and office that were made in the last 10 years.   The security flaw also affects Phones and even Apple Macs which is interesting.  AMD have reported that they are not affected, yet rumours … END_OF_DOCUMENT_TOKEN_TO_BE_REPLACED 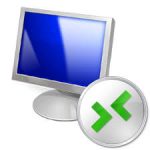 Many users offer remote access to their office for staff via permitting them to connect directly to the server over the RDP protocol via a port forward on port 3389 direct to a server or workstation.  This is a major open door for which hackers can try brute force attacks on your systems and cause not only potential breach of your systems but also stability issues while they … END_OF_DOCUMENT_TOKEN_TO_BE_REPLACED

A few days back Apple released a security patch for their iOS devices to fix a major hole in their security that would allow a hacker to steal your username and password for your email.  For most this username and password would be the same as they use to access their network.  Details on the security issue are below with links to Apples site. What is concerning … END_OF_DOCUMENT_TOKEN_TO_BE_REPLACED