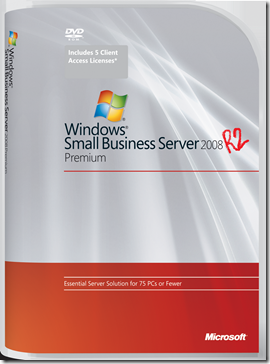 Funny you know SBS 2008 was released in November last year, and we all know that it s based on Windows Server 2008 which was released in February 2008. Given that many people have still not made the move to SBS 2008 nor understand it s features and configuration properly, I find it amusing to hear that people are wanting SBS 2008 R2. Microsoft have not even announced if there will be an SBS 2008 R2 or when it will be available and yet people are assuming that it will be and that it will contain everything in Windows Server 2008 R2. May I remind you that when Microsoft released SBS 2003 R2, they did NOT put all the features of Windows Server 2003 R2 into it. Instead they focused on other pain points that the SMB customers needed resolved the primary one being patch management and in that they totally automated the deployment of client side patches and eased the burden on the administrator all round. Why then are people wanting the next big thing when they don t even have a decent grasp on the current product?

Many of the features of Windows Server 2008 R2 rely on having Vista Enterprise deployed. Given that the majority of SMB clients purchase their workstation OS with their desktop and this is Vista Business, I fail to see how they will pony up the extra $$$ to move up scale.

Guy for my part, I m focusing on what is here and now. I m focusing on playing with the products we have and seeing how I can get the best out of them for my customers. Once I ve had them installed for 12 months in my customer base and I ve taught myself all I can about them, then I ll look at the next versions for use in my customer base. My advice for what it s worth is to do the same. With the current financial times we are in, focus on what you can deliver now. Focus on doing the best job for your clients. Focus on getting referral business from those clients and not try to sell the next bright shiny object that passes by.