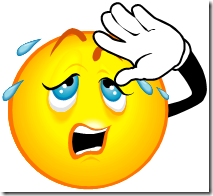 Yes November is over and I feel somewhat relieved. It s been a mad month this month but I ve got to say that I ve really enjoyed it a lot. I ve visited Sydney, Melbourne, and Perth once each. Brisbane twice and Adelaide three times (twice this week alone).

I ve presented / trained many people on SBS 2008 and EBS 2008. I ve done two webcasts, one to the entire channel and another for Dell to bring them up to speed. I ve also done a heap of training sessions one on one with some of the largest OEMs, Distributors and Partners here in Australia.

In conjunction with HP, Kaseya and Citrix, Robbie and I have visited all the Aussie SBS / SMB IT Professional groups around Australia to do a launch of SBS and EBS and to answer heaps of pent up questions.

I ve also had my first two articles written and published by CRN Australia which was a major thing for me. I enjoy writing and being able to get my thoughts out there via the media to help others understand things better is something of an achievement for me.

All up, I ve got to say that I am exhausted. Through all this though I see some amazing potential not just for SBS 2008, but also some massive potential for EBS 2008 which is set to kick some serious butt out there in the community.

I ll be taking a break too from December 12th going on a well deserved family vacation to Thailand, France, England and Wales. I ll be taking a total break during this time and won t be responding to any email during that time either (my computer is being forcibly removed from me).

Thanks everyone for a great month. Looking forward to an exciting 2009 and what it holds for us all. SBSfaq.com will have some exciting announcements in the new year that I know will help everyone in the community.