Today I was investigating problems with a friends SBS 2008 server.  It suddenly had decided to give a HTTP Error 500.19 – Internal Server Error to every single website on it including Remote Web Workplace, OWA and even Sharepoint was dead.  Given that all these apps were dead, I even tried to access the iisstart.htm page that is installed by default on the default website – not even that worked as you can see in the screenshot below.  Something was really broken on this server. 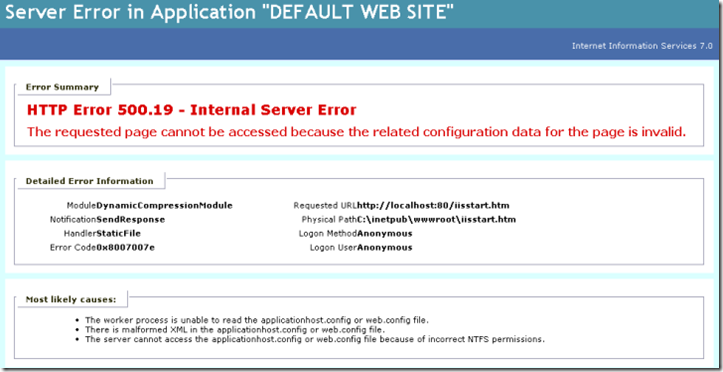 After asking all my SBS MVP buddies and not getting a solution, I turned to the place of all knowledge… the SBS CSS team in Las Colinas, Texas.  Damian from the team responded quickly and suggested “either the Application pools set to 32-bit True or missing suscomp.dll from \windows\system32\inetsrv”. 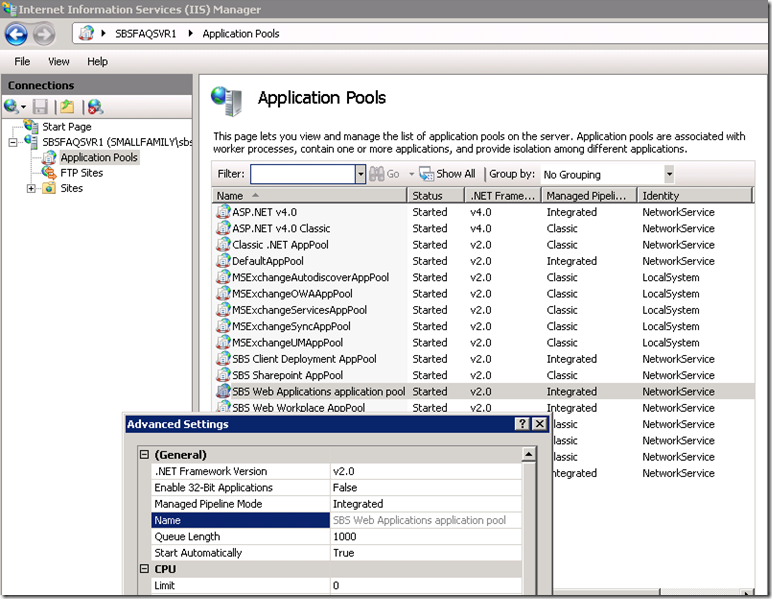 I next checked out the \windows\system32\inetsrv folder and sure enough suscomp.dll was missing.  I then copied it from another SBS 2008 server and did an IISRESET to restart IIS and everything works once more.  Thanks Damian!

Now the quandry… what has happened on this server so that the suscomp.dll is missing… that’s the next thing I need to figure out.