It gives me great pleasure to announce that today, EBS 2008 will be re-released as a new product called iEBS2008.  We now understand the real reason for the announcement a few weeks back was that Microsoft were indeed reengineering EBS 2008 to take advantage of some amazing technology that they were secretly working on in the back rooms in Redmond and Cupertino.

iEBS2008 is designed to run exclusively on the new Apple iPads which are due to be shipped in the next few days.  iEBS2008 has been optimised for Cloud computing and combines this with clusters of iPads to provide a truly resilient solution to the medium business space.  iEBS2008 will automatically combine groups of three iPads automatically and will deploy the Management Server, Messaging Server and Security Server in as little as 15 minutes.  Yes – you heard it here first – the 15 minute install of the old SBS 2003 days is back with a vengeance.  The clustered iPad scenario will allow for fast / easy replacement of a failed unit without need for massive amounts of technical knowledge. It’s also rumoured that iEBS2008 will feature a new management console incorporating Microsoft Surface technology.

The advantage of offering iEBS2008 on the iPad platform becomes immediately clear when you look at the commotion around the entire Apple iPad launch.  Every IT manager instantly wants one.  Microsoft are clearly wanting to ride along with this and they figured out that having anything running on the nice shiny iPad is bound to be successful 🙂

Rumours also abound that Microsoft are secretly working on a replacement for SBS 2008, to be known as iSBS2010 or iSBS2008R2 (name not decided as yet).  This new product will work on the smaller cousin of the iPad, the iPhone and the iPod Touch.  Microsoft have been very quiet about this for some time and don’t plan on announcing anything more for some months but it is clear – they are keen to leverage the fast adoption of the Apple products in a case of “if you can’t beat em, join em…” 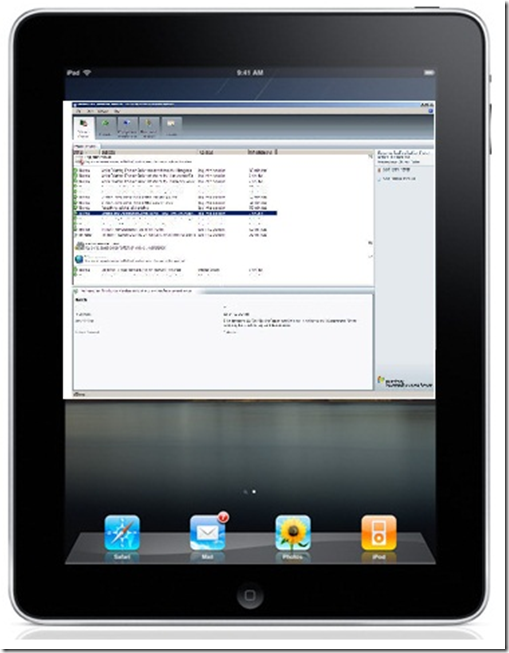 Yes – today is April 1st… hope you remembered that when reading 🙂